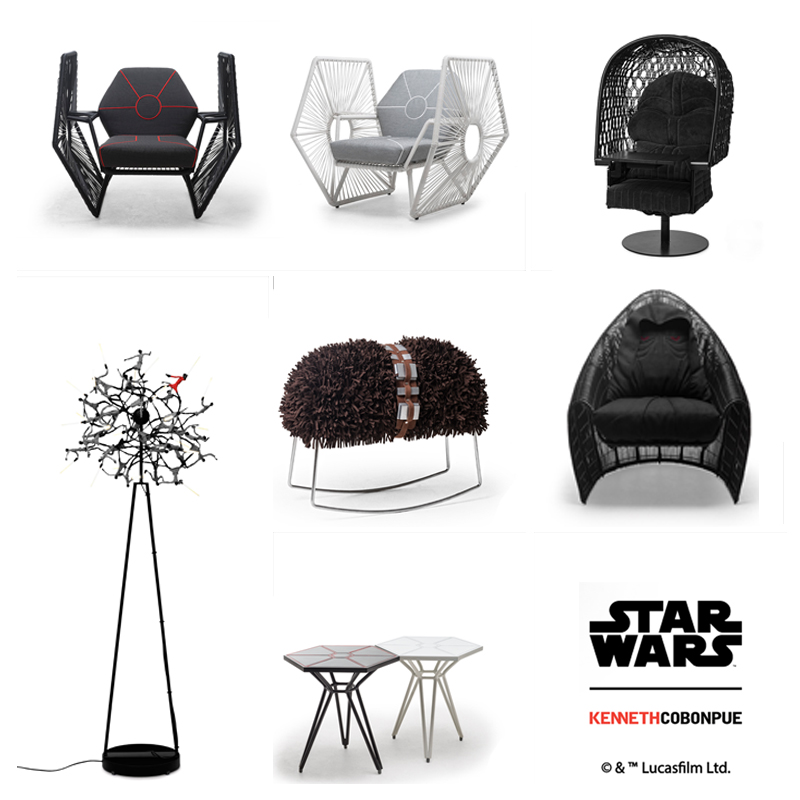 Kenneth Cobonpue joined forces with the Star Wars franchise to make a collection of armchairs, stools, and floor-lighting illuminated characters of the cinematic series.

The Filipino designer was inspired by filmmakers to create an armchair resembling Darth Vader's mask (Vader Easy Armchair) or to design a stool that refers to Chewbacca's hair (Chewie Rocking Stool).

Imperial Wings Armchair's inspirational source is the unforgettable symbol of the Empire's fleet, the stunning TIE fighter with its two vertical feathers.

For the furniture, which is created in collaboration with Disney, he uses modern materials and technologies combined with Filipino traditional techniques.

"We wanted to incorporate the essence of each Star Wars character into the designs while staying true to our aesthetic and process of creating by hand," Cobonpue said.

"We reimagined the Star Wars universe through the lens of the Filipino craftsman and creative. Finding the balance was a bit of a challenge, but it was also a lot of fun," he added.

The collection made a debut in Southeast Asia before it was introduced in the US in May 2019.

Other items in the collection include:

Inspired by Darth Sidious; the backrest is raised higher to resemble a hood.

This table has the TIE Fighter wing for its table top, and the front window for its base.

The lamp's light source is the miniature figurines of Jedi Knights holding lightsabers. The one red figurine symbolizes a Sith Lord that the Jedi's are battling against.